EL PAÍS: Conciliation: Montes says that the Chaco owes the Government of Tarija 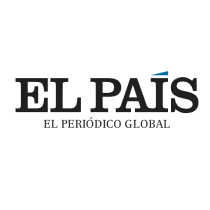 EL PAÍS: Conciliation: Montes says that the Chaco owes the Government of Tarija
The conciliation between the Government of the Department of Tarija and the Regional Government of Chaco, due to the transfer of resources from oil revenues, marks a distance between both institutions. Oscar Montes, governor of Tarija, assures that the Chaco received excess economic resources and now owes it to the Government, while from the other party they assure that they seek to charge expenses that did not correspond to them. Last week, Government and Regional Government authorities held a first meeting on this issue in the capital city of the department, where they also discussed the transfer of public companies, such as Servicios Eléctricos Tarija (Setar) and Empresa Tarijeña del Gas (Emtagas ). They agreed to work tables and set a completion date for each of them. The most critical, reconciliation of accounts, was due to conclude in six days, starting on October 6, but the resumption of the dialogue did not materialize and marks a departure. Montes sent his technicians to Chaco because on October 6 he had a meeting with the National Electricity Company (ENDE). Thus, the authority was present yesterday, Thursday, in Yacuiba, but José Luis Ábrego, Chaco executive, decided to travel to the city of La Paz and the meeting did not take place.