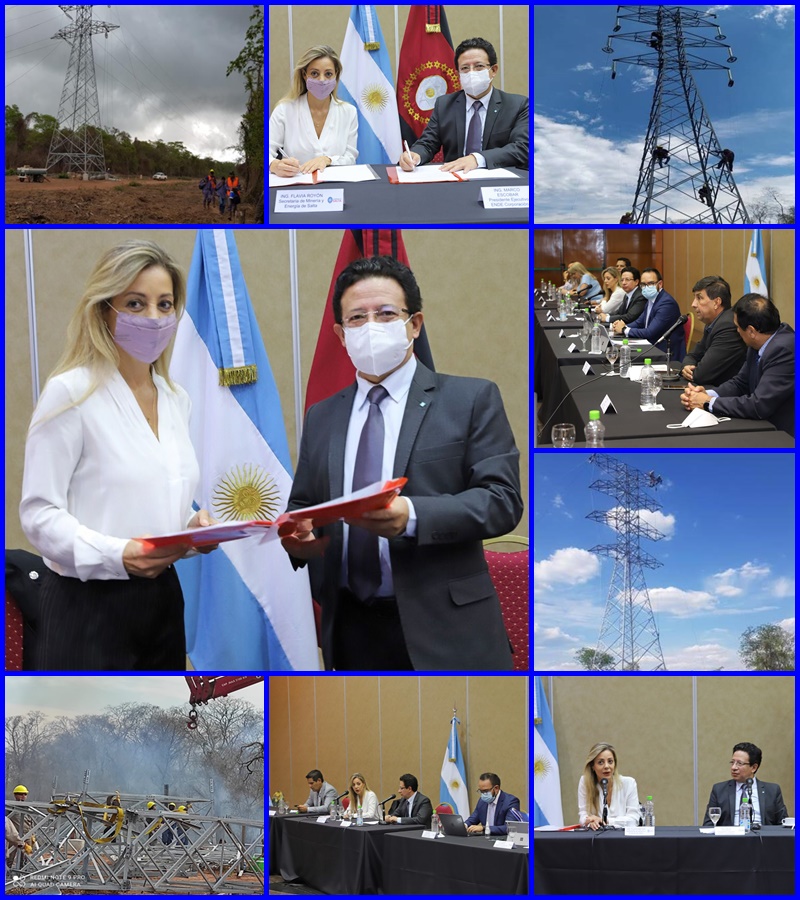 UNICOM/ENDE TRANSMISIÓN: Padilla Juana Azurduy power line has 86% advance The National Electricity Company (Ende Corporación), through its subsidiary company Ende Argentine transmission S.A.(Etasa), it resumed in 2021 the construction of the section in Argentine territory of the electric line that is part of the “Juana Azurduy of Padilla 132 KV Bolivia – Argentina” project […]

The National Electricity Company (Ende Corporación), through its subsidiary company Ende Argentine transmission S.A.(Etasa), it resumed in 2021 the construction of the section in Argentine territory of the electric line that is part of the “Juana Azurduy of Padilla 132 KV Bolivia – Argentina” project and to date registers an advance of 86%.This work will allow Bolivia to export approximately 120 power megawatts to the neighboring country.

On the occasion, the Ministry and Energy Secretary, Flavia Royon, said that “they are very honored with the visit of the Board of this who have developed an impeccable work in order to materialize this work.We appreciate all the effort overturning to the task of this project that will improve the well-being of the inhabitants of the areas included and respond to the unsatisfied energy demand. ”

For his part, Escobar said that “it is important to resume relations with Argentina’s brother’s brother after the pandemic.We are willing to concrete together the first stage comprising the transmission line at 132 kV, a project that is being realized and only lack the line of the line in a small stretch in Argentine territory. ”

The project includes a line of 120.4 kilometers (km) that will join the Yaguacua substation (Bolivia) with the Tartagal Substation (Argentina);It is composed of two sections, one in the Bolivian territory and another in the Argentine territory.The transmission line at 132 KV in Bolivia was already concluded, while on the Argentine side a similar work is built and already has 86% advance -73,9 km: an urban stretch of 7,8 km and other rural 66, 1 km-.

As a result of the energy policy defined by the Government of Luis Arce, the Plurinational State of Bolivia has specified various agreements with neighboring countries to materialize the exchange of electricity with the objective of being able to export the electricity surpluses generated in the country.