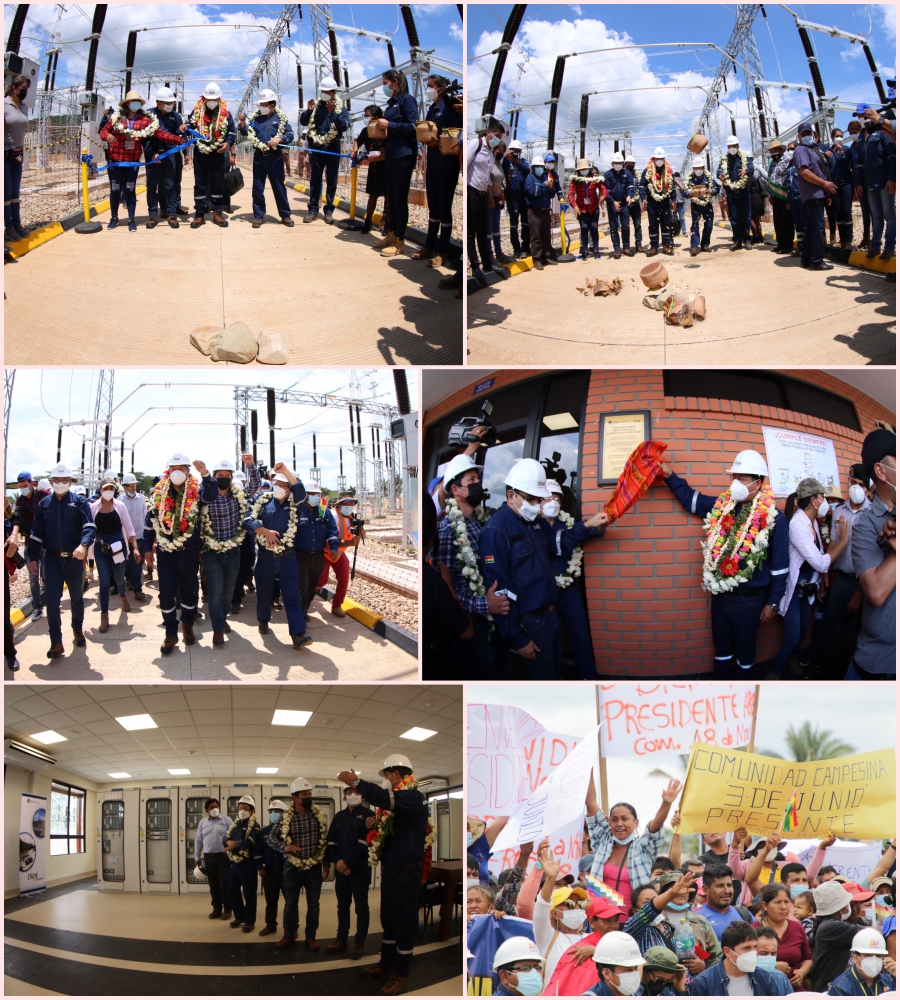 “We will continue working to benefit the Bolivian population.This interconnection that guarantees Stability of electric power In this sector is a sample of it, “said the president of the Plurinational status of Bolivia.

For its part, the Hedrocarbons and Energy Holder stressed that the strengthening of the sector electric is a priority for the national government because it allows to improve the quality of life of The Bolivians.”This is a project that started 2018, it was a longing for our communities and Today we are inaugurating this electric ring, which interconnects the departments of Santa Cruz and Beni, passing through the trunks, guaracy, paradise and trinity.This transmission line of 230 kV helps raise the reliability of the electric service in the communities benefited with this Project, “said the minister.

The work, which was executed by Ende Transmission, allows to extend the trunk system of Interconnection (STI) to the north of the department of Santa Cruz, benefiting populations as Guarayos and will close the energy ring in the city of Trinidad (Beni), through the lines of transmission at 230 kV and 115 kV, which means an important improvement of continuity and quality of the electricity supply for Trinity and the connection of populations that had Isolated systems for the generation of electricity to the national interconnected system.

The construction of this project was reactivated by the current government, after that during 2020 It was paralyzed by the administration of the de facto government. Another of the main objectives of this project is the replacement of the thermoelectric generation of the system isolated in the town of Ascension of Guarayos and the gradual displacement of the Thermoelectric generation of the Central Moxos in Trinidad.Both generation plants use diesel, a fact that represents a very high economic cost, as impact environmental by greenhouse gas emissions.

The investment for this project is $ US151,865,423,19 and benefits all the populations that are They connect to the north side of the national interconnected system from Santa Cruz to Trinidad.The Senior impact has a technical aspect that affects the quality and continuity of the supply electric, and another economic aspect as in reducing tariffs in 14 communities of guarayos and The places where you have isolated electrical generation systems with fossil sources.

Access to electric power supply through the national interconnected system entails A considerable reduction in the fee for electricity consumption in relation to the cost of electricity In isolated systems, which is why the construction of interconnection lines and substations does not it only improves the quality of the supply but contributes in the reactivation of the economy of the Populations benefited by the project.