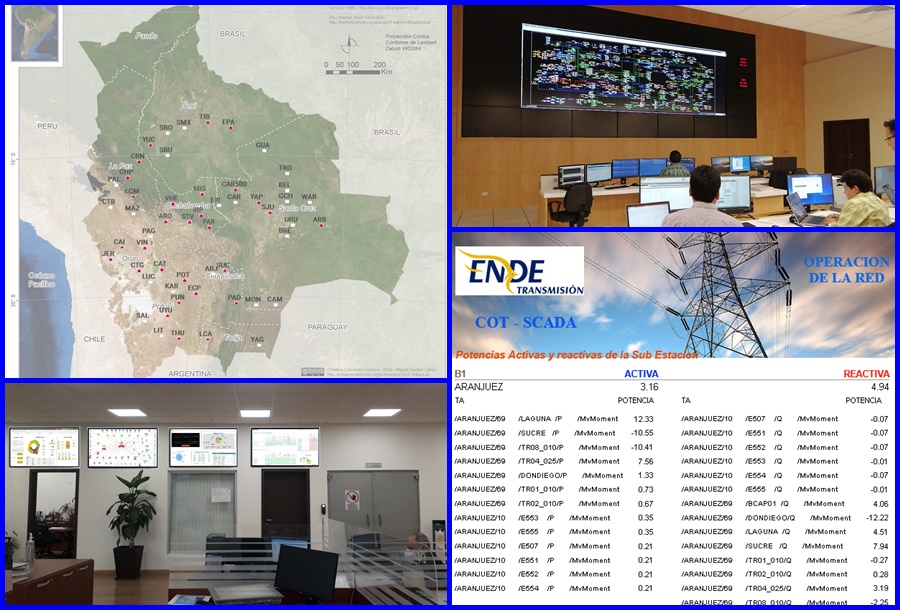 UNICOM/ENDE TRANSMISIÓN: ENDE TRANSMISIÓN IMPLEMENT “INFRASTRUCTURE MONITORING SYSTEM SCADA AND DATA VISUALIZATION TOOL ” FOR THE OPERATION OF THE ELECTRICITY ENDE TRANSMISIÓN, a subsidiary of Ende Corporation, with the purpose of facilitating control and supervision of the communications network and the controllers of the substations that make up the infrastructure From the electricity grid that […]

ENDE TRANSMISIÓN, a subsidiary of Ende Corporation, with the purpose of facilitating control and supervision of the communications network and the controllers of the substations that make up the infrastructure From the electricity grid that operates the company, “has implemented a monitoring system and a tool visualization called Monscadadashb, which allows to visualize each component of the network of computers and communications equipment of electrical substations, under an application that It allows to show the ´instantic ‘performance of the Electricity, where the reports can be visualized from the computers of the system administrators, ”said the general manager of the company, Ing. Filiberto Soto Encinas.

The company’s network department has the mission of operating the infrastructure of the electricity grid that has a transmission and the corporation, for which it uses a SCADA infrastructure that is distributed in the national territory.This infrastructure contemplates a network of industrial computers located in the operating substations and in the control centers, which report the State and measures of the teams of each substation, the State of the electricity grid through alarm signals, states and analog measures of powers, tensions, distances, among others.

“These signs are transported by means of an Ende Transmission communications, from electrical substations to control centers virtually instantaneously, where They are processed by a latest generation SCADA system, and then be shown to operators and supervisors of the national electricity grid and thus achieve permanent control and supervision, both of The electricity grid as of the components that allow this control and supervision, ”said ing. Soto

In turn, the manager added, “the control centers have the ability to perform operations On the electricity network, using a SCADA system, a network of servers and a communications system, all this, always looking for the stability of the electricity grid, the Generation, transmission and efficient distribution of energy in the national context ”.