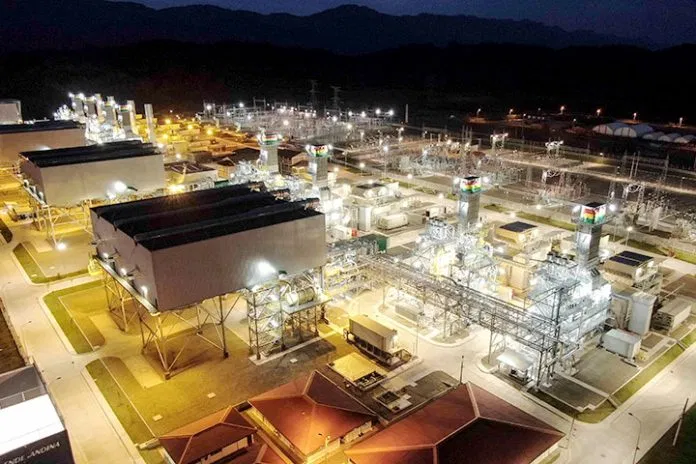 The national government plans to allocate an amount of 37.9 million dollars in the 2021 management to resume the construction of the Juana Azurduy de Padilla transmission line, which will give way to the energy interconnection with Argentina and the export of electricity.

The national government plans to allocate an amount of 37.9 million dollars in the 2021 management to resume the construction of the Juana Azurduy de Padilla transmission line, which will give way to the energy interconnection with Argentina and the export of electricity.

Experts highlight the importance of interconnection, but note that, to export electricity, work must still be done on signing a contract with clients from the neighboring country and defining the price of natural gas that will be used to generate electricity for export.

In March, during the final 2020 public rendering of accounts by the Ministry of Hydrocarbons and Energies, Franklin Molina, head of this State portfolio, reported the negotiations to finalize the energy integration with Argentina were paralyzed during the transitional government, so the current management faces a process of reactivation of the project.

The authority said that the transmission line on the Argentine side has an advance of 70 percent, for which an updated amount of 37.9 million dollars was budgeted to complete the work that consists of 110 kilometers, 40 in Bolivian territory and 70 on the Argentine side.

During the aforementioned act, the president of the National Electricity Company (ENDE Corporación), Marco Antonio Escobar, specified that there is still 43 kilometers of the transmission line to be built in Argentine territory.

He also indicated that the costs of the project increased due to the lack of actions during the transitory government, which did not manage to finalize the financing of the balance required for the completion of works. However, he said that an action plan is currently being followed to resume work and conclude the project in 2021.

In this regard, the former Manager of Strategic Development and Projects of ENDE Corporación José Padilla highlights the importance of the energy integration project with Argentina, but mentions that, to export electricity, it is necessary to sign a contract and ensure that Yacimientos Petrolifos Fiscales

Bolivianos (YPFB) define the price of gas that will provide ENDE for the generation of electricity for export.

According to the specialist, in order to invest in the construction of the Juana Azurduy transmission line, it was first necessary to have a fixed contract, so that the return on the investment is assured.

Padilla mentioned that northern Argentina demands more electricity only in winter, but it has suppliers from Brazil, Chile and Uruguay, with whom Bolivia would have to compete. Therefore, he assured that it is important to work on a fixed contract that is not limited to the three months that make up the winter period, because with this type of agreement the millionaire investment would not be viable, which, to date, reaches at least 32 millions of dollars.

For his part, the hydrocarbons and energy analyst Álvaro Ríos highlighted the importance of Bolivia being interconnected with Argentina and with the other countries of the Southern Cone, that is, Brazil, Uruguay and Chile, for which he considers that the transmission line should be completed.

According to the specialist, having the project completed, it is possible to enter into negotiations in the spot market (interruptible or temporary) to sell competitive energy that allow the country to obtain economic income.

However, he recommended not to subsidize the gas used for the generation of export electricity.

Although Bolivia has an overcapacity for generating electricity, analyst José Padilla considers that it is necessary to increase natural gas reserves in the event of signing a long-term electricity export contract with Argentina.

Natural gas is used as a raw material for the generation of electricity. In the Termoeléctrica del Sur (Tarija) electricity will be generated for export to Argentina.

According to the expert, gas reserves in Bolivia are increasingly reduced, which is why he is urgent to face an exploration plan.

However, he said that, at present, it is possible to sign a contract for the export of 120 megawatts (MW) of power to Argentina, but only temporarily.