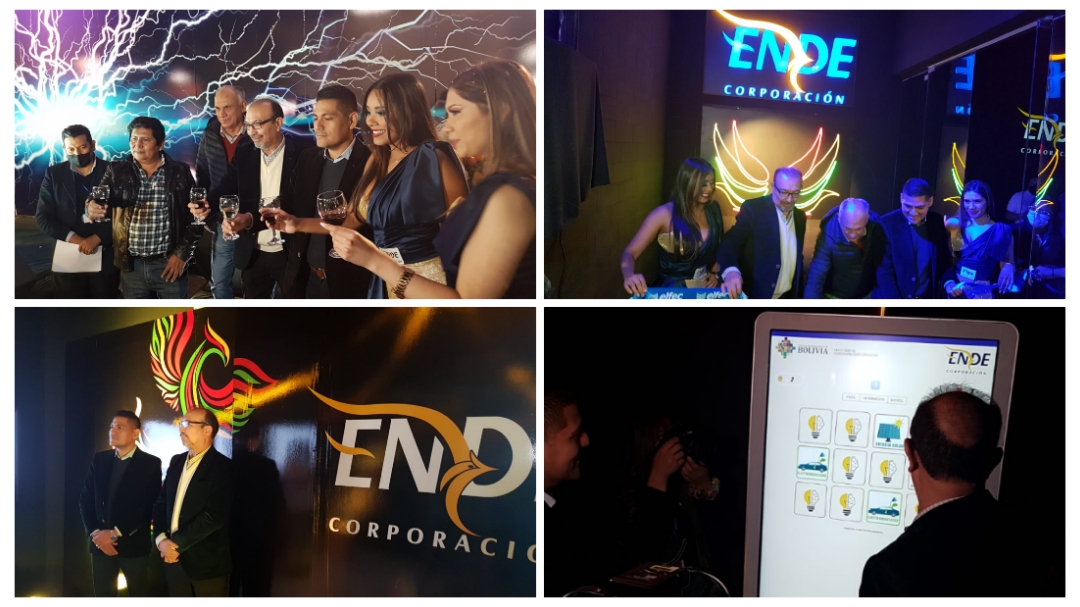 06/20/2022.- ENDE CORPORACIÓN participates in the Cochabamba 2022 and today 17 of June inaugurated its informative stand called “The Journey of Energy”, which shows the chain productive of the electricity industry in the country.At the inauguration the President of the National Electricity Company (Ende Corporation), Manuel Valle Vargas, the Vice President of Ende, Mauricio Arevey Mejía, authorities of the electricity sector, managers of Ende subsidiaries and guest audiences.

In the Stand of ENDE CORPORACIÓN, the experience called Electric Power is lived, It deals with an audiovisual description that allows to know the eco -amigable work of the company considered fundamental pillar of national development and with international projection.

The exhibition allows to show a space of the production chain of the electrical industry, where You can see through several stops and playful rooms where electricity is generated, how it is transported and how it is administered to reach homes, industries and public services.It most important is that visitors participate playfully, entertain, learn and recognize The importance of the work carried out by ENDE CORPORACIÓN for the benefit of society as a whole.

ENDE CORPORACIÓN is committed to the environment and therefore, in the modern stand it presents the Information on the generation of electrical energy in centrals capable of obtaining electricity to from renewable primary energies such as water, wind, solar radiation and heat of the subsoil.Mother Earth’s protection is everyone’s task. ENDE CORPORACIÓN has shown high commitment to society in the execution of fully respectful projects with the environment as are those that incorporate renewable energies into the energy matrix:

The exhibition will allow to socialize that the ENDE CORPORACIÓN is a company that has an impact within The national economy works for Bolivians, not only guaranteeing electrical energy for homes and industry;Its profits return to the population in the form of projects of Rural electrification and social bonds.