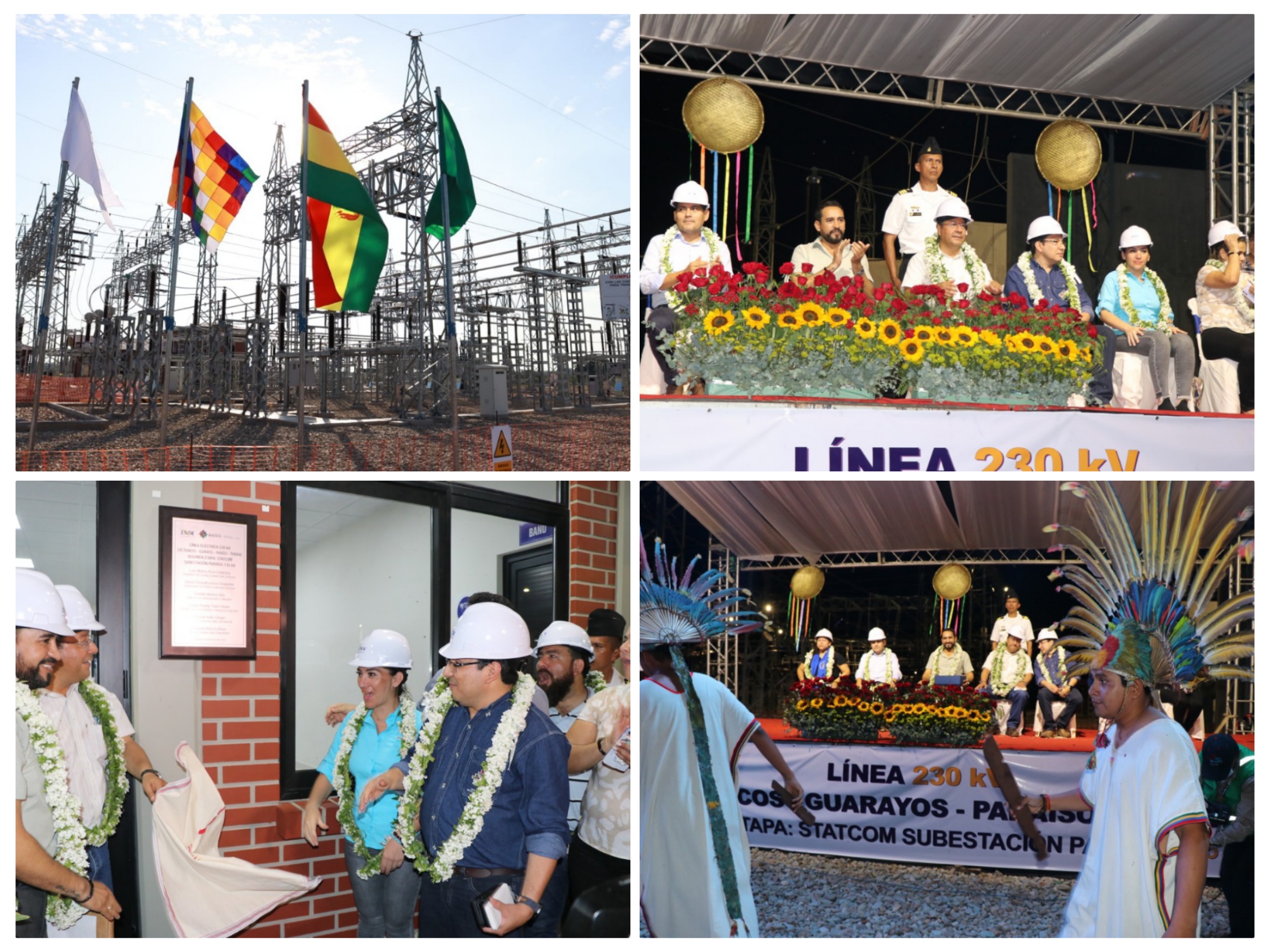 UNICOM/ENDE CORPORACIÓN: GOVERNMENT DELIVERS TRANSMISSION LINE WITH THE LATEST GENERATION SYSTEM FOR CLOSE THE ENERGY RING IN BENI UCOM-MHE-ENDE-25-11-2022.- With the implementation of a synchronous static compensation team (Statcom), President Luis Arce Catacora, the Minister of Hydrocarbons and Energies, Franklin Molina Ortiz, and the Vice President of Ende Corporation, Mauricio Arevey, inaugurated on Thursday the […]

UCOM-MHE-ENDE-25-11-2022.- With the implementation of a synchronous static compensation team (Statcom), President Luis Arce Catacora, the Minister of Hydrocarbons and Energies, Franklin Molina Ortiz, and the Vice President of Ende Corporation, Mauricio Arevey, inaugurated on Thursday the second transmission line 230 kilowol (kV) trunks – Guarayos – Paraíso – Trinidad, which closes the energy ring in Beni and guarantees the continuity and quality of electricity supply to families of the capital Trinidad.

“We have a plan that is industrialize Beni, for this you need water and electricity, so today We inaugurate the transmission line to have a stable electricity service in Trinidad, which guarantee the industrialization process, “said the president during the official act, to the Refer that this second stage of the project required an investment of BS76.4 million.

“We are doing a rural electrification plan because everyone has the right to access the service of Stable electricity 365 days a year.The National Government meets, we are here to deliver works and contribute to the development and progress of the department of Beni, ”added Arce.

For its part, Minister Molina that the STATCOM system is a new technology, implemented by first time in the Bolivian high voltage system, and on this occasion, to favor the development of The Beniana capital.

The transmission line extends the trunk system interconnected to the north of the department of Santa Cruz and the city of Trinidad, through the construction of substations and lines of 230 kV transmission and 115 kV.

The project, located to 11 km from the city of Beni, has two stages: the first stage Consiste on the construction of a flood transmission line 383 km of long 230 kV, What initis in the substation of the trunks, passes by the new substances of the intermediaries of Guarayo and paradise 230/115 kV and quarry to the substation of the existent in Trinidad.

This project will increase the capacity of electric transmission to meet the growing demand for That region of the country.In addition, it will help replace the thermoelectric generation of the isolated system in Ascension of Guarayos and reduce the thermoelectric generation of the Moxos Central in Trinidad.Both Generation centrals use diesel, which represents a very high cost in the economic and also environmental impact.

The statcom is a static reactive power compensation system, which controls the levels of voltage required by the system in stationary and dynamic state conditions.It’s a team important for the national electrical system, because it allows to improve stability, ensure the operation, avoid possible collapses in the transmission network and dispense with local generation based Diesel at the Moxos de Trinidad plant.